Our keynote speakers will discuss American Indian boarding schools, the tensions between the church and the American Indian community, and what people of faith can do further meaningful restoration.

Justice Anne M. McKeigis a descendant of the White Earth Nations and the first American Indian to serve on the Minnesota Supreme Court. Prior to serving as a justice on the state’s highest court, she was an Assistant Hennepin County Attorney in the child protection division, specializing in Indian child welfare cases. She was appointed to Minnesota’s Fourth District Court in 2008 and the Minnesota Supreme Court in 2016.

Elder Elona Street-Stewart is a descendant of the Delaware Nanticoke Tribe. She is the first Native American to serve as a Moderator of and synod executive in the Presbyterian Church (USA). An active church leader at the national level, Street-Stewart chaired the Council on Church and Race and the Advocacy Committee on Racial Ethnic Concerns.


Moderated by Dr. Yohuru Williams, Distinguished University Chair, Professor and Founding Director of the Racial Justice Initiative of St. Thomas and Vice-President of Interfaith Action Board of Directors. 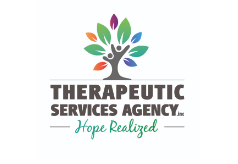 June 2021
What does our community need? A conversation with Rev. Stacey L. Smith and Rev. Melvin Miller, two leaders in the Saint Paul Black Interdenominational Ministerial Alliance
Watch the discussion

July 2020
Dignity, Education and Economic Mobility for Minnesotans Behind Bars

The discussion was presented in partnership with Yale Prison Education Initiative at Dwight Hall at Yale University. Watch the discussion.

May 2018: Clifton Taulbert
Eight Habits of the Heart: Connecting and Inspiring Community