In June 2020, Interfaith Action welcomed three new members to its board of directions and one to the Foundation board of directors. We are thrilled these individuals will bring their time and talent to our organization. 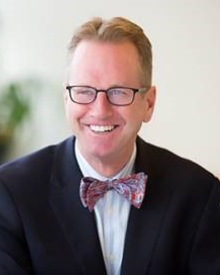 Mike Christenson serves as program director for the Urban Investors program at Augsburg University, a partnership of the Martin and Sylvia Sabo Center and the Strommen Career Center. Mike has led workforce development at Hennepin County and Minneapolis College, served as director of the Minneapolis Department of Community Planning and  Economic Development and at the Allina Foundation. Before that, he was a partner with the Popham Haik Law Firm and served as the chief executive of Metro Transit, where he led an effort to turn around a historic decline in ridership. Mike has been president of the Citizens League and an organizer for partnerships that sought to lift up challenged neighborhoods like Phillips, Cedar Riverside and the Northside of Minneapolis. He has chaired the boards of LISC, the Day One Project, and St. Matthew’s church and has served on the boards of Sunrise Banks, the Community Reinvestment Fund, the Project for Pride in Living, St. Matthew’s, and Aeon Capital Campaigns. Mike helped launch the Phillips Partnership, the Minnesota Justice Foundation, the Day One Project, Power of You, Hennepin Career Pathways, Team Transit, the State Fair Shuttle, Midtown Global Market, and the Cedar Riverside Opportunity Center. 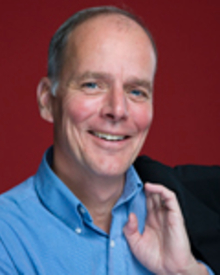 Michael Sarafolean is an owner, founder, and managing partner of the Orion Corporation of Minnesota, a company providing residential services and supports to children and adults with disabilities in the Twin Cities and Grand Rapids, MN. He has more than 35 years of experience in both for-profit and non-profit organizations serving people with disabilities and has been involved in many start-up ventures in areas ranging from desktop publishing to food service. He currently teaches entrepreneurship courses at the University of St. Thomas. He has a deep interest is in working with early-stage companies both at St. Thomas and as part of the Entrepreneurs Organization’s Accelerator Program. He also teaches graduate classes at St. Mary’s University in Minneapolis. Sarafolean is a long-term member of Saint Thomas More Catholic Community where he serves as one of two lay trustees on the Corporate Board. He enjoys biking, gardening, and traveling.  He is an above average cook, a terrible golfer, and the father of two young men. 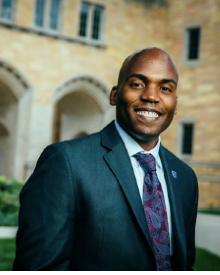 Dr. Yohuru Williams was recently appointed Dean of the St. John’s College of Liberal Arts and Sciences in Queens, New York. For the past several years, he has been Professor of History, McQuinn Distinguished Chair, and Dean of the College of Arts and Sciences at the University of St. Thomas. He received his Ph.D. from Howard University in 1998 and has served as Associate Vice President for Academic Affairs at Fairfield University and Vice President for Public Education and Research and Chief Historian at the Jackie Robinson Foundation in New York City. Dr. Williams is the author of numerous books, including Black Politics/White Power: Civil Rights Black Power and Black Panthers in New Haven and Rethinking the Black Freedom Movement. He is a regular contributor to the Progressive Magazine and has provided commentary for Aljazeera America, BET, CNN, CSPAN, EBRU Today, PBS, and NPR, among many others. He was featured in the Ken Burns PBS documentary Jackie Robinson and the Stanley Nelson PBS documentary The Black Panthers. Dr. Williams is finishing a new book entitled In the Shadow of the Whipping Post: Lynching, Capital Punishment, and Jim Crow Justice in Delaware 1865-1965, under contract with Cambridge University Press. 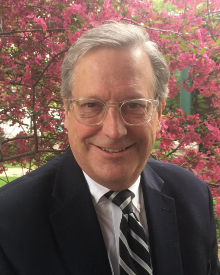 Brian Alton
Brian Alton comes to his work with Interfaith Action as a long-time member of The House of Hope Presbyterian Church where he has served as a deacon and trustee. He also served two terms as a Trustee for the Presbytery of the Twin Cities, including as its chair. Currently he is chair of the board of the St. Croix River Association. He is on the Alumni Advisory Board for the University of Wisconsin-River Falls and serves as a member of the St. Paul Charter Commission. Other civic engagement has included the board of trustees for Jeremiah Program and 11 years on the St. Paul Planning Commission, including 4 years as its Chair. He is a partner in the law firm, McClay-Alton, PLLP where his practice includes business and real estate law and estate planning. Brian and his wife, Bonnie, live in St. Paul. They enjoy time with their three adult children, four grandchildren and their pursuits in cooking, cycling and reading.