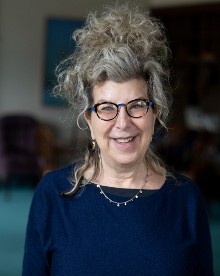 Prior to that, she was Executive Director of Philanthropy for the Otto Bremer Foundation. She led the Foundation for six years, providing strong leadership and grant-making focus that contributed to improved access to higher education, anti-poverty programs for communities in need, and support for disadvantaged youth.

She also served for 12 years as a federal court-appointed monitor for a national class action civil rights lawsuit brought by 22,000 African-American farmers. Before that, she worked for 16 years at Farmers’ Legal Action Group (FLAG), a nonprofit law firm that provides free legal services to low-income family farmers and farm organizations nationwide. She began working at FLAG as a staff attorney and then served for 10 years as its executive director. Before FLAG, she worked as a civil legal aid attorney at the Legal Assistance Foundation of Chicago.

Randi earned her B.A. in political science from Yale University, and her J.D. from Northwestern University School of Law. She began her career as a civil legal aid attorney in Chicago before moving to Saint Paul to join FLAG.